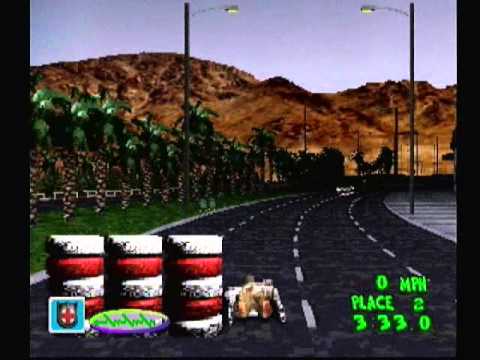 This video was captured using the actual game on an actual Playstation 2. Loading times have been removed for your consideration and any possible enjoyment.

2 Xtreme! The sequel to the legendary ESPN Extreme Games also known as 1 Xtreme! 2 is greater than 1 right? The first game was just extreme, this one should be twice as extreme! Yeah….no. Not even close. As where the first game was an absolute stroke of genius, 2 Xtreme is more like the genius had a stroke before making this game. It’s not the worst game I now own, but……well…..yes it is. It is the worst game I own, but that doesn’t mean that it’s all bad. You see I tend to buy games that I generally like. I don’t collect games just for the sake of collecting them. In this case however I saw it on the shelf and it was only a buck. I thought that maybe I should just buy it and give it a chance for that little so I did so. Here are my thoughts.

The graphics even without comparing them to the first game still are not good. They are colorless, flat, and very boring to look at. The track designs and obstacle placements are equal to that of an amateur ROM hack. Obstacles and scenery have seemingly just been dropped on the extremely wide and boring looking tracks at random. Because of their thrown together design they are also overly difficult again much like an amateur ROM hack. Also adding to the difficulty is the games highly unrealistic speed. I have racing games that use cars and motorcycles that don’t run as fast as this game. Unfortunately this installment doesn’t offer enough of anything else to charm you with to make you want to keep playing it despite it’s difficulty.

The game play is just plain sloppy. The controls aren’t nearly as tight as the first installment. On top of that there are no physics whatsoever. Coming off a slight incline into a small slope can send you flying out of control. Collision detection is 5050. Sometimes you can go right through an obstacle and then other times you don’t even know what you hit.

The sound is definitely one of the better parts of the game. When I say sound I mean the music. Obviously the same team of musicians that did the first game came back to lay down more good music. Still not as memorable as the first game, but good nonetheless. The sounds are not bad, just not as good as the first game of course.

Lastly there are the fundamentals that were changed from the first title. Everything is now for points. Points? Seriously? Yes. As where the gates in the first game were for collecting money and getting to ride through the cash course by passing through all of them to buy faster rides, the different color gates are different point values. Yippy. Some gates give you power ups that for the most part do nothing but assist you getting killed. Also they added tricks that you can do, but since the game is too damn fast, you really don’t wanna divert your attention from what’s coming to do a useless trick for points which could cause you to wipe out after you land. No longer are vehicles mixed and matched. You race bikes with bikes and so on. They removed the street luge and put the snowboard in it’s place. The snowboarding just straight up sucks. This game also features night races which would have been sort of cool if they hadn’t just darkened the entire color pallet. Instead of looking like you’re racing at night, it looks more like your TV has a brightness problem.

Overall this game is not recommended. It’s not unplayable, but there are much better games you can play with your time like the FIRST game! I chose to keep it in my collection because it is still playable and it was only a buck. I may never touch it again after this recording.