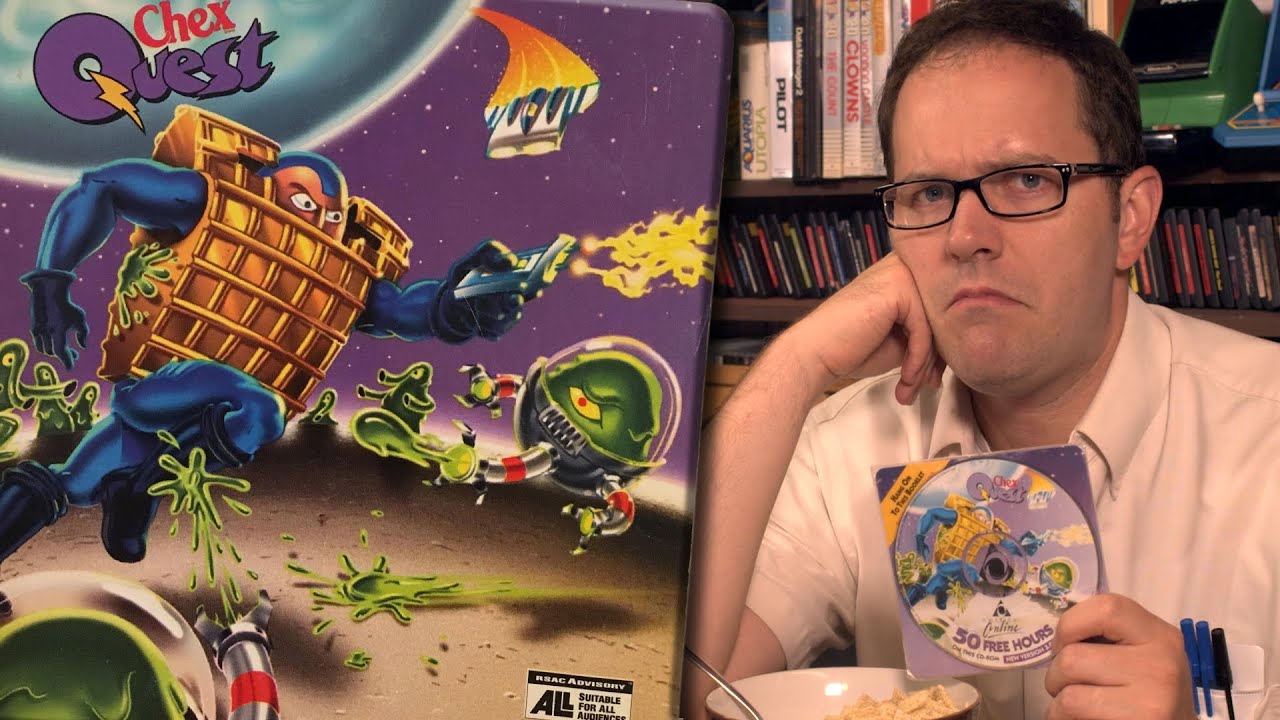 Go to for 15% off your order! Brought to you by Raycon.

In this AVGN the Nerd covers Chex Quest, a pack-in game for Chex Cereal from 1996. This is Angry Video Game Nerd episode 171. Chex Quest is a non-violent first-person shooter video game created in 1996 by Digital Café as a Chex cereal promotion aimed at children aged 6–9 and up. It is a total conversion of the more violent video game Doom (specifically The Ultimate Doom version of the game).

Special thanks to Lazy Game Reviews and John Riggs.

Chex cereal box pictures from the Astronit Collection and xMrVile.

1996 Chex box art provided by Chex themselves. Follow them!

Thanks to the ChexQuest.org fan forums for helping track stuff down.