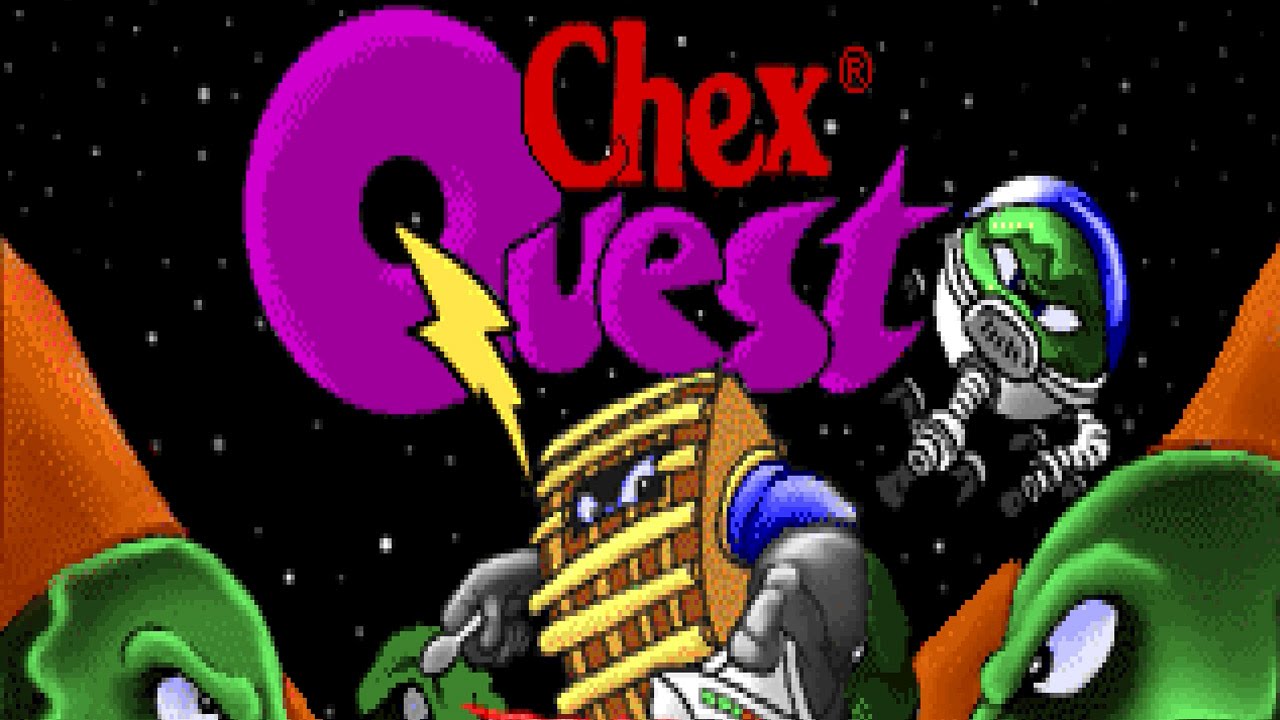 Chex Quest is a non-violent first-person shooter video game created in 1996 by Digital Café as a Chex cereal promotion aimed at children aged 6–9 and up. It is a total conversion of the more violent video game Doom (specifically the Ultimate Doom version of the game). Chex Quest won both the Golden EFFIE Award for Advertising Effectiveness in 1996 and the Golden Reggie Award for Promotional Achievement in 1998, and it is known today for having been the first video game ever to be included in cereal boxes as a prize. The game’s cult following has been remarked upon by the press as being composed of unusually devoted fans of this advertising vehicle from a bygone age.

Originally based on the Doom engine, the gameplay present in Chex Quest is substantially identical to its predecessor. The game is played in the first person with the player character navigating through quasi-3D environments while enemies attempt to attack and immobilize him. Along the way various cereal-themed power-ups, weapons, and ammunition can be found that can boost the player character’s life meter and make him better able to counter-attack or flee his enemies. When the final boss is defeated in the last level, the game is won.

A few notable differences from Doom are evident, however, regarding enemy profiles (specifically the loss of long-range attacks in low-level enemies and the loss of movement in high-level enemies) and the number of levels in each world (restricted to 5 levels in Chex Quest).