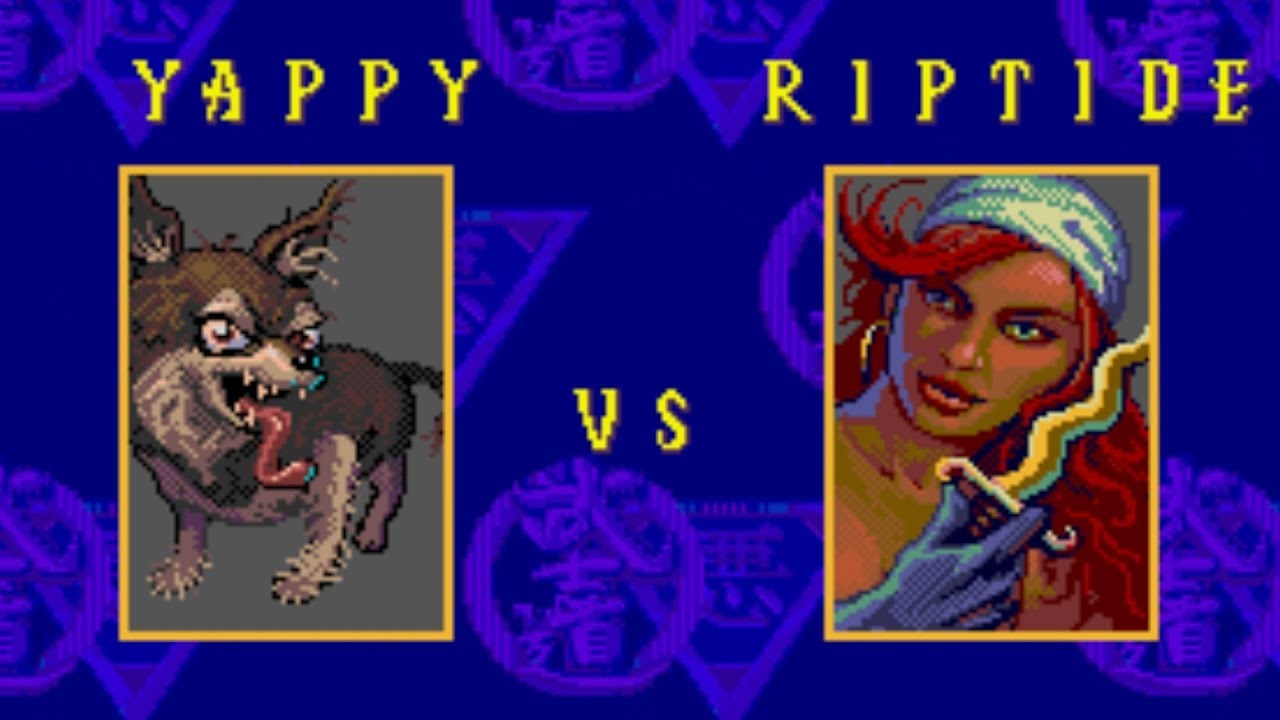 This is a play-through of Enter Contest mode using Yappy in the Sega CD/Mega-CD game Eternal Champions: Challenge from the Dark Side. Read on below for more information…

Yappy is a hidden character in the game. He is an unlockable playable character, and is only available in the Enter Contest and Enter Duel modes.

I need to note that I used a special function within the game that lowers the opponent’s life in the 2nd round of most of the matches. The reason for this is to cut the video time and size.

===== YAPPY’S STORY / BIO =====
Yappy is a Chrysanthemum Dog. He once lived a life of luxury in the year of 1995 A.D. because he was owned by a wealthy woman who lived in a penthouse in New York City. When she passed away, it was found that she had stipulated in her will that her fortune was to be used to keep Yappy living in the same style of luxury.

A relative of the woman, who received the fortune, threw Yappy out into the street and took the money for herself. In an attempt of revenge, Yappy chewed on the break line of the woman’s car, however he did too much damage which resulted in the car slipping out of gear, rolling over and ending Yappy’s life.

===== ABOUT YAPPY =====
He is one of those really small characters that are hard to hit… he is very limited with his short-ranged ground basics, but he does have some special moves which are effective against the CPU. He does not have any air basics.

—- He is only available in the Enter Contest and Enter Duel modes.

—- His stage background is the same as Senator’s.

—- The game can also be known as Eternal Champions 2.

—- The developers had proposed a trilogy of the series, in which the 3rd game never happened.

—- It is the only official Sega Mega-CD game to use a 256 color palette system.

===== ABOUT ETERNAL CHAMPIONS CD =====
This is the sequel to the original Mega Drive game, Eternal Champions. The game features new characters (both regular and hidden) and a new end boss. It introduces three new methods of finishing moves, and comes with an all-new arranged soundtrack.

You could call this game series a “mix” of Street Fighter and Mortal Kombat… it has a gameplay system similar to SF2 and aesthetically gory finishing moves like in MK. It’s kind of like a “jack of all trades, master of none”, as it isn’t as good as SF2CE or Mortal Kombat II (at the time). Despite that, I do think that this is a very underrated game… the characters are drawn, coloured and animated very well for the Mega Drive and Mega-CD’s standards, and some of the finishing moves are quite impressive.