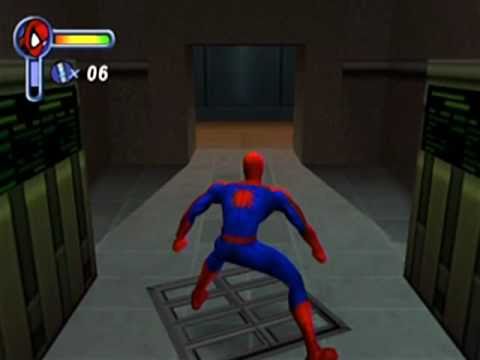 A relatively short but sweet game, the game revolves around none other than Peter Parker, aka Spider-Man, who one day attends a scientific demonstration by the supposedly “reformed” Doctor Otto Octavius. While in the middle of his speech, the scene is sabotaged by a “fake” Spider-Man, Eddie Brock is frustrated to the point of being overcome by the symbiote (turning into Venom) and two not very mysterious figures go about a greater scheme. Meanwhile, everyone thinks the real Spider-Man disrupted the display and the police is on the lookout for him. The game involves clearing your name while doing everyday things Spider-Man would do while uncovering other plots in the process.

There are quite a few cheats and unlockables in the game, and the Dreamcast game has nice, crisp visuals and shorter load times if memory serves (from the Playstation game). Spider-Man also has a decent array of fighting moves at his disposal, but can most importantly swing from place to place! The game features good voice-overs from many original Spidey actors/fans, who reprised their roles to voice the respective characters, and the music isn’t too shabby either since it’s from Tommy Tallarico Studios. Spider-Man fans will likely get a kick out of this game, but its entertaining enough to enjoy even if you aren’t a fan. This is a video of some stuff in the game. Enjoy.