Transformers: Revenge Of The Fallen PS3 – All Bosses 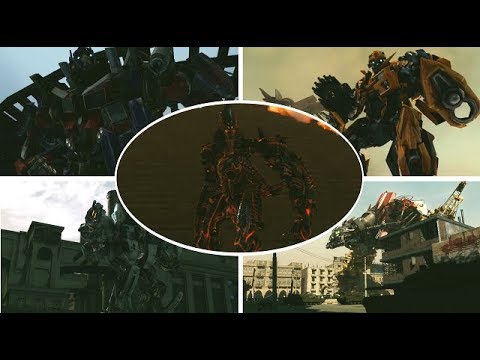 After delay for two days straight, all the bosses of the PS3 variation of Revenge Of The Fallen has definitely arrived. The progress of retrieving the boss battles was considerably more limited than the Wii edition; but there were risks in the process.The delays arrived once my birthday happened; and the folks and I were undertaking activities involving my memorable day.

To stay on topic, the loading process of the video itself taken 5-6 hours to set-up; and I’ve made some minor mistakes before the video was officially completed due of using more of Videopad. Nonetheless, bypassing time for this video was worth it. Thus, two bosses inherited copyrighted music, so I managed to rearrange the latter with soundtracks from the Wii version; just I like did to the Russian Base level with used Decepticon DS music. Originally they were gonna have the theme songs from the Autobot DS variation, but they don’t exact fitting the boss fights themselves; explaining why the music process sounds different.